The 1936 Club: A Shilling for Candles 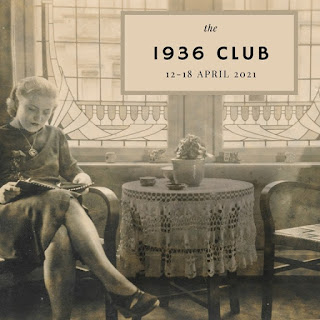 After missing out on the 1956 club in 2020 because I can’t read a calendar apparently, I am really glad I managed to both READ a book and POST about it for the 1936 Club hosted by bloggers Karen at Kaggsy and Thomas at Stuck in a Book I was super pleased to find I actually owned a copy of A Shilling for Candles by Josephine Tey which was first published in the UK in 1936. I have now read all but one of Tey’s mysteries. On the whole, her books are in my opinion a little hit and miss, but so far all have been well worth reading, even if every title didn’t always blow my socks off.  If you like Golden Age crime fiction, Tey should be on your reading list for sure.

In the opening chapter of A Shilling for Candles, a man taking an early morning walk on the beach finds the body of woman in a bright green bathing dress who has clearly drowned. He hurries to the nearest coastguard station to phone the police. Unfortunately suicides are not uncommon in this particular area of costal Kent, but eventually the police determine that the woman drowned most likely at the hands of a person or persons unknown based upon a couple of small details about the body. The police also determine that the woman was renting a nearby cottage and that the obvious suspect is her “house guest”, a young man named Tisdall whom she impulsively invited to stay with her when she discovered him about to pawn literally the clothes off his back in London a few days earlier. It turns out that the drowned woman was the famous movie star Christine Clay and that generous, impulsive action of helping a person in need, such as the house guest, was characteristic of her. Who would want to kill her? Was Tisdall? Or her explorer husband who was allegedly out of the country at the time of death? Or was it the composer Jacob Harmer, who was working with her on her current film and who wagging tongues rumor was her lover?

I enjoyed reading it this book. I gulped in down over the course of two days, which was very satisfying. However, I didn’t think this is Tey’s best mystery. The resolution was a little out of left field for my tastes. But up until that point, I enjoyed the investigation along with its obfuscation and red herrings. 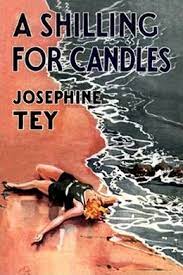 The real highlight for me in A Shilling for Candles was the eccentric Erica Burgoyne, the daughter of the local Chief Constable, who does some mighty good sleuthing in the book.  Tey could have easily spun off a series featuring teenage Erica solving crime, having romantic escapades and cracking wise.

Interestingly enough, Tey calls out class consciousness front and center when Grant finds out the husband of the victim is a lord and is loath to question him in a confrontational manner. I found it noteworthy that Grant recognizes this behavior and knows it’s not “right” and yet, it’s how one is expected to behave. On the other hand, one of the characters is Jewish and Tey uses some weird backhanded comments on this as an ethnicity which is not atypical for a book published in the 1930s but it is always jarring when I encounter it.