A Little Princess: Back to Classics Challenge 2015 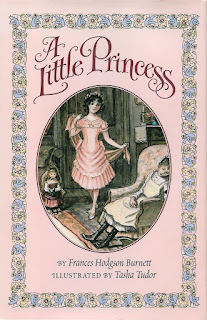 I chose A Little Princess for the category of Children’s Classic for the Back to the Classics 2015 challenge hosted at Books and Chocolate. I am fairly sure I watched on television as a kid a movie version of A Little Princess with Shirley Temple, but I don’t remember much from it. I love Frances Hodgson Burnett’s The Secret Garden, a book I first read at maybe 9 or 10 years old. However, I don’t know how I would feel about it if I had read it only as an adult; I can still read The Secret Garden with my child-like eyes and ignore the more dated racist and classist aspects of it.  I was unable to do that with A Little Princess, unfortunately. I am sure, however, that the 9 year old me would have really enjoyed this story of triumph over adversity.


The story is about Sara Crewe, an English girl who travels from India to England at age 6 or so to attend boarding school, because the British upper classes didn’t feel it appropriate to educate their children in the colonies. Sara is not only fabulously wealthy; she is also intelligent and kind. She soon makes friends with the downtrodden and misunderstood in the boarding school since that is just how she rolls. Sara particularly excels at imagining things and she regales the other little girls with her stories. When people are unkind to Sara, she pretends she is a princess and treats the unkind people with grace and compassion, because she imagines this is how royalty would behave.  The headmistress secretly hates her, but chokes her dislike back because promoting Sara to prospective parents is good advertising for the school and a couple of the older girls don’t like Sara out of jealousy but they can’t do too much about it as long as Sara is the star pupil. When Sara’s fortunes take a turn for the worse, however, she finds out just who her true friends are and just how much she will have to draw on her imagination and her inner princess to survive.


As I wrote above, it was hard for me to overlook some of the more dated aspects of the book. Also Sara is just a little too perfect and a little too put upon to be believable to me now.  But I can see how an adult reader could still find the magic in this story; I saw it too, but I also saw the man behind the curtain.


I kind of wish I had sprung for the Penguin Classics edition which should have an introduction or afterward, but I opted instead to borrow and read a very PINK library copy of the Harper Collins hardback edition pictured above, which had really beautiful full page color illustrations by Tasha Tudor as well as black and white sketches above each chapter.
Posted by Ruthiella at 4:04 PM No comments: 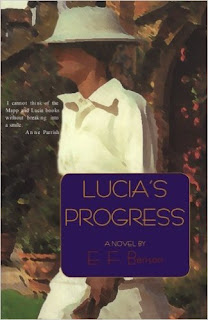 Posted by Ruthiella at 10:46 AM No comments: 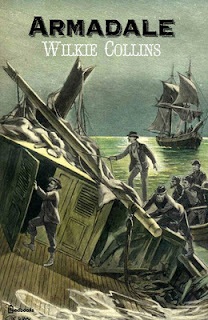 I chose Armadale to fill the “Classic with a Name in the Title” category for the Back to the Classics 2015 challenge hosted at Books and Chocolate. I read Wilkie Collins’ two most famous novels The Women in White and The Moonstone over 20 years ago. I still have very fond memories of The Women in White and hope to re-read it someday. I recall enjoying The Moonstone slightly less, but maybe I need to give that one a re-read as well to see how it stacks up now.
Armadale was especially appropriate to fit this challenge category because not only is it a classic novel with a name in the title, it is actually about FIVE men who have the same name of Allen Armadale. How that comes to be is established in the prologue, as one of the Alan Armadales turns up at a remote German spa and ends up confessing his sins to the only other English speaking gentleman present and having said confession then sealed for his then infant son to read upon his majority.  I won’t reveal the contents of that confession, but suffice it to say, it drives the plot of the rest of the novel and one of the major themes of this book is whether or not the sins of the fathers are fated to be visited on their sons or if it is the individual who determines his own destiny.
I love Victorian “sensation novels” with their convoluted plots which rest upon strange coincidences.  They tend to go to extremes; for example, the sane are deviously committed to asylums, young women or old men are duped into marriage, inheritances are stolen and family secrets are shoved under the rug only to ruin the lives of subsequent generations; all that good stuff which is maybe a little goofy from a modern perspective, but also occasionally terrifying if you think too hard about it. And in this respect Armadale did not disappoint. However, I did find that the story moved very  s  l  o  w  l  y . This slower pace is not uncommon for Victorian novels that were serialized, of course, but after reading the zippy prologue which sets up the main plot in under 50 pages, I found it hard going occasionally; mostly because I found the two main protagonists, Allen Armadale Juniors, to be fairly one-note; one is a neurotic and the other a cheerful dolt, although I did appreciate the portrayal of their friendship, which is quite touching.

However, when finally the “villain” of the novel is introduced, some 200 pages in, things finally start looking up. In fact, for me, it was Lydia’ story which was the real mystery and the driving force of the plot. It also helps that her voice in the novel is recorded in letters or journal entries. Personally, I love epistolary novels and find them easier to read than 3rd person accounts. I would actually pose the question of whether or not she is a villain at all. Granted, she isn’t a good person, she admits as much herself, but I would argue that she is as much a victim as either of the boring young Armadales.  I also found the way she held power over the poor Mr. Basherwood a reminder of the Renfield character in Dracula who catches and eats flies while locked up in a mental hospital, pining away for his master. Who knows? Maybe Stocker read Armadale and was inspired by it?
Posted by Ruthiella at 2:32 PM 3 comments: