THE ROSEMARY TREE BY ELIZABETH GOUDGE 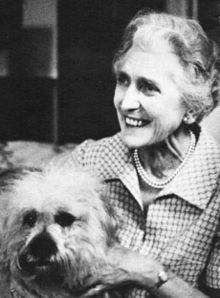 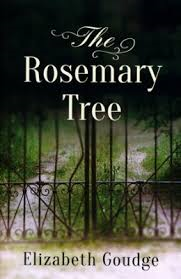 The Rosemary Tree centers on the Wentworth family living in the mid-1950s in Devonshire, England.  John Wentworth is the awkward and forgetful, yet devout vicar of the village of Bellemaray, but should by rights be the squire, as he is the last male issue in the Wentworth family, which goes back as far as Elizabeth I as the local landowning gentry.  Instead, his great aunt Maria lives alone in the manor house.  This situation is resented by John’s wife Daphne, who married him very much on the rebound of a failed love affair.   John’s former nanny, Harriet, lives with John and Daphne and their three children.  Initially she came to stay as a housekeeper but it now so plagued by arthritis that she is wheelchair bound and only able to view the world from her bedroom window at the vicarage.

The story goes on to incorporate two teachers from the private school attended by the Wentworth children and a mysterious man who seemingly ends up in the village by accident but is soon befriended by both John and his Aunt Maria.   As for plot, there really isn’t one: the Wentworths’ marriage is troubled, the girls’ school is a misery for the teachers and the students and the mysterious stranger has a secret past and a secret connection to one of the other characters.  The book is far more concerned with the psychological make-up of the characters and what makes them tick and in particular how we humans can help our fellow humans heal and grow with compassion and communication.

The book heavily references The Secret Garden and Don Quixote and is infused with Christian mysticism and the concepts of redemption and second chances. What I think I liked most about it was that it showed how our actions can positively touch others and just how interconnected we are despite our best efforts to think we can live in isolation.  And while the book does have clear religious overtones, I think I can be read by anyone.  Its message of connection and forgiveness can be appreciated by a reader of any creed  or belief system.

The 1951 Club: The Puppet Masters by Robert A. Heinlein 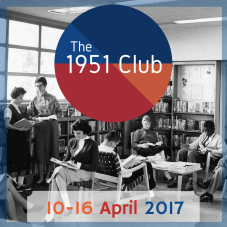 “But as the middle of the country filled in on the map, it filled in red. The infected areas stood out in ruby lights now, for the wall map studded with pins had been replaced by a huge electronic military map...”  No, this is not a quote from the recent U.S. Presidential elections, but rather from Heinlein’s 1951 novella The Puppet Masters , a story about the U.S. being invaded by parasite slugs from outer space.


I read this book for the 1951 Club hosted by Simon at Stuck in a Book and Karen at Kaggsy’s Bookish Ramblings.  I have never participated before (there have been similar events in the past featuring different years), but the 1951 Club is a reading week during which bloggers are encouraged to read a book/books that were published in the featured year and then post about them, thereby giving the participants an interesting  and fun overview of that window of time.


ince I had already read many of the more popular titles that I found listed on the internet for 1951 AND I am really trying this year to get to more of the books I already own, I chose to read this Heinlein classic work of science fiction. 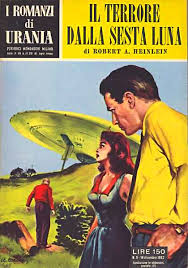 [Cover from the Italian edition - better than the US ones IMO - Title translates loosely as "Terror from the Seventh Moon"]
This is the third Heinlein title I’ve read and it does not age well at all. Whereas the square jaw, gung-ho “let’s kill some bugs” tone of Starship Troopers still works today (for me at least), I wonder if The Puppet Masters would be read at all any more if it didn’t have Heinlein’s name on it.  I do appreciate that Heinlein was trying in his way to push the boundaries of race and gender and there are women and minority characters in positions of power in the book. But he also has lines like this, “Listen son, most women are damn fools and children. But they’ve good more range than we’ve got. The brave ones are braver, the good ones are better- and the vile ones are viler.”  Oh dear.


But it was fun to read in a certain, pulpy way.  The protagonist is a kind of James Bond type of character who works for an ultra-secret government agency which has to first convince the President and Congress that there is even a threat at all before they can mobilize a defense, part of which is convincing the population to walk around naked (or nearly so) to show that they do not have an alien-parasite attached to them.
Unsurprisingly for a book by a U.S. author of this era, there is also some unsubtle Cold War propaganda  included such as, “I wondered why the [aliens] had not attached Russia first; the place seemed tailor-made for them. On second thought, I wondered if they had. On third thought, I wondered what difference it would make.“ In fact, if this book has any hidden depths at all, it is probably in its depiction of one’s panic at losing one’s individuality and/or control over one’s own destiny which certainly ties into much of the West’s fears  of communism of at that time.
Posted by Ruthiella at 12:57 AM 7 comments: