THE TOURNAMENT OF BOOKS 2017 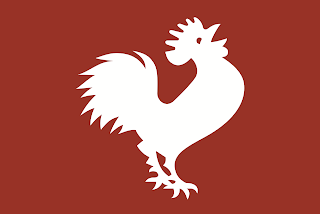 Happy New Year all!  It is going to be a while before I get around to reading my first book qualifying for the 2017 Back to the Classics Challenge because I am trying to read as many books from the 2017 Tournament of Books shortlist as possible .

I have been following the TOB since 2013. I found out about it when the blogger Citizen Reader mentioned Wil Wheaton’s judgment in favor of The Sisters Brothers by Patrick deWitt. I admit, I was mostly intrigued at the time by the name of Wil Wheaton. While I loathe Wesley Crusher, I am a big Star Trek fan (but I don’t know if I am a trekker or a trekkie, the distinction is lost on me, so maybe neither) and I bear the actor no ill-will for the terrible Gary-Stu he played as a child in the 1990s.

But I digress.  For those of you unfamiliar with the TOB, it is set up like NBA play off brackets and takes place in March just like the play offs. The entire thing happens online. The judges (usually writers themselves) read the two books from their assigned bracket and determine which one will move forward. Color commentary is then provided by the TOB organizers, although there are also occasionally guest commentators.  Then there are the comments from the peanut gallery, ie the bookternet. And that’s where it can get bloody! But usually in a good way. I don’t comment. I can use the excuse that since I am on the west coast, once I am off work and ready to rumble, everyone else is in bed. But really it is because I don't feel sharp enough to keep up with the crowd - and they are razor sharp. Next to the fabulous commentary, I love the access to the transparency of the judgments. Unlike other “legit” book prizes (the Pulitzer, the Booker, the Nobel, etc.) I get to read exactly why the judge chose one book over another, which is always interesting.

So below is a list of the shortlist with notations on which ones I have already read and which ones I can readily get from the library.  Will a little luck I will be able to have at least 10 of the books under my belt come March so I can follow along better.

Have any of you read any of these or are they on your radar? Do any of you follow the TOB?